Rico’s TICO BULL – Vehicle owners who usually pay for Marchamo (annual circulation permit) well in advance usually remove the sticker from the current year for the new one.

Recently, the Policia de Transito (Traffic Police) confirmed that doing so, you may be exposed to a ¢22,860 colones fine. You read it right, having the coming year sticker in place before December 31, when the current year sticker expires, can cost you.

This was not received well based on the comments on the social networks, many qualifying the fine as ‘illogical’.

The INS, the state insurance company that collects the Marchamo and issues the sticker said the fine (for applying the sticker early) is a traffic law regulation and outside their purvue.

For  Rodolfo Méndez Mata, the Minister of Transport, under which the Policia de Transito and traffic law operates, said: ” it is incomprehensible that a fine is charged for removing the 2019 sticker to place the 2020″.

To avoid these things should the law must be modified. The truth is that for now, the best you can do is not replace the 2019 sticker until January 1, which by the way, if not done on or after that date, the driver will face a fine.

Me, I don’t have that problem. My practice is to pay the Marchamo at the very last possible day, which BTW is December 31. You won’t catch me paying early. No way. 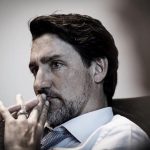